The Tait trains, also referred to as the "Red Rattlers", were a wooden bodied Electric Multiple Unit train that operated on the suburban railway network of Melbourne, Victoria, Australia. They were introduced in 1910 by the Victorian Railways as steam locomotive hauled cars, and converted to electric traction in from 1919 when the Melbourne electrification project was underway. The trains derived their name from Sir Thomas James Tait, the chairman of commissioners of the Victorian Railways from 1903 to 1910. The first cars were built during 1909 with the last entering service in 1951.

The trains were initially known as "Sliding Door" trains, as opposed to the Swing Door then in service. They were later known as "Red rattlers" or "Reds" from the 1950s when the blue painted Harris trains were introduced
The Tait trains were replaced from 1974 by the Hitachi trains sets, and the later Comeng trains.
From 1981 the last 37 of them were being replaced by 50 Comeng trains. They were not allowed in the City Loop due to fire hazard presented by their wooden bodies, so they spent most of their final years on the Port Melbourne, St Kilda and Sandringham lines.
Due to industrial problems the last Tait trains were withdrawn from service in 1984

The Harris trains were the first steel-bodied Electric Multiple Unit train to operate on the suburban railway network of Melbourne, Victoria, Australia. They were introduced in 1956 by the Victorian Railways, and last operated in 1988, although a number of the carriages were converted for other uses and are still operating. They were named after Norman Charles Harris, Chairman of Commissioners of the Victorian Railways between 1940 and 1950.

A program to refurbish the Harris trains was begun in 1982. The refurbishment, which was made to look similar to a Comeng interior, included individual vinyl foam type cushions on an integrated plastic frame to replace the former more traditional vinyl sprung seats, air conditioning, and a new colour scheme. 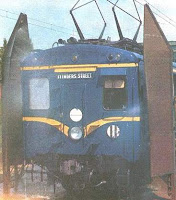 However, industrial and other problems with the refurbished trains meant that only 16 carriages were so converted before the program was stopped. The refurbished trains were withdrawn in 1991 and subsequently cut up for scrap, except for one M carriage which has been preserved and is now held at the Williamstown Railway Museum, Melbourne.
The Refurbished and repainted "Grey" Harris Trains (to fit in with the Mets new Hitachi train), became known as the "Grey Ghost" 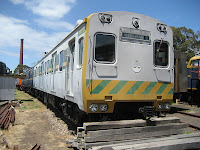 The refurbished trains generally ran on the Port Melbourne, St Kilda and Sandringham lines. They never ran in the City Loop, except for a farewell tour in 1991.

Hitachi is the name given for one of a set of electric multiple unit trains that operate on the suburban railway network of Melbourne, Australia. Introduced to service in 1972, the trains are the oldest in the city's suburban fleet still in revenue service. Electrical equipment was supplied by Commonwealth Engineering to designs by Hitachi of Japan, leading to their official name today, though no actual Hitachi-supplied components were used in their construction. Hitachi trains have been also known as Martin & King or Stainless Steel trains officially. and are one of the few trains still in operation that allows windows to be opened. 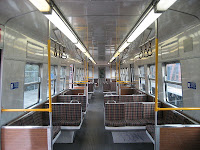 Intended to replace the first generation of electric trains, the Swing Door and Tait trains, the stainless steel Hitachi trains were the first Melbourne suburban trains to feature heated carriages and power-closing doors(operated by the driver, opened by the passengers by hand). The M and D carriages were built by Martin & King, and the T carriages by the Victorian Railways. 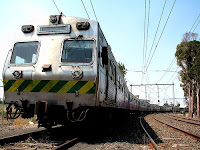 The first Hitachi train to operate in revenue service was the four-carriage set #1M-#901T-#902T-#2M, on the St Kilda line (now converted to light rail), on 24 December 1972. The 237 motor carriages that have been in service have been numbered #1M through #237M, and the 117 trailer carriages, #1901T through #2017T.
Carriages originally ran in a plain stainless silver livery, receiving green and gold side stripe with the introduction of the Metropolitan Transit Authority, the side logos being altered with the re-branding as The Met. The side logos were again altered with the introduction of Hillside Trains and Bayside Trains, with the latter also applying branding to the front, and yet again for the introduction of Metro.

The Comeng train is a type of electric train that operates on the suburban railway network of Melbourne, Australia. They first appeared on the network in VicRail "teacup" livery in 1981 to replace the last of the then-60 year old Tait trains. More were ordered after the failed refurbishment and subsequent withdrawal of the Harris trains. 570 carriages (380 M cars and 190 T cars) were built in total, by Comeng (Commonwealth Engineering) at their Dandenong factory.
The Comeng trains are single deck and are semi-permanently coupled as M-T-M (motor-trailer-motor) sets, but these sets spend much of their time coupled in pairs to make six-carriage sets.

Comeng trains have power operated doors that must be pulled open by hand but are closed by the driver. The trains were the first suburban trains in Melbourne to have air-conditioning in the passenger saloon. (The older Hitachi trains having had driver only air-conditioning fitted more recently .)


The design of Melbourne's Comeng trains is closely related to that of TransAdelaide's diesel-electric 3000 class railcars.

45th supertrain from the met 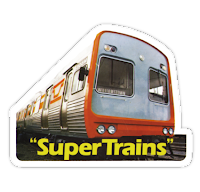 Tangara / 4D Class
A train bearing strong resemblance to a Tangara, known as the 4D, was once in use by Connex on the Lilydale and Belgrave lines in Melbourne Australia. It was similar in its shape only as it was of a different gauge and is built to be compatible with Melbourne's Comeng trains. It was not actually a Tangara but was a new-build of a similar design. The 4D stood for "Double Deck Design and Development".


If the double-decker train had proved success on these Melbourne suburban train lines, another 19 double decker trains were proposed. By the end of 1992, it was decided not to order any more double decker trains. Despite its frequent breakdowns, the train lasted until early 2002 before its permanent withdrawal from service.

The 4D was bought by RailCorp (in 2006) who run the Tangara, but was scrapped on 30 March 2006 at Sims Metal, Brooklyn, Victoria. The Tangara-compatible components and interior fittings were removed before scrapping and are rumoured to have been transferred to Sydney to be used in Tangara trains.

The Siemens Nexas (known colloquially as the Siemens) comprises 72 triple car electrical multiple unit trains built by Siemens Transportation Systems for the suburban railway network of Melbourne, Australia from 2002-2005. The design of the trains was based on the Siemens Modular Metro (Mo.Mo) concept built in Austria. Introduced to service in 2003, the trains are some of the newest in the city's suburban fleet, however the Victorian State Government has recently ordered more of the previously delivered Alstom X'Trapolis 100 trains. 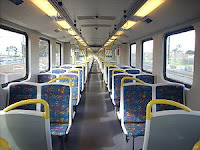 The Siemens trains were first ordered by the now defunct M>Train, one of two private operators which ran the network at that time. The Siemens trains, along with the Connex-ordered X'Trapolis trains, were intended to replace the ageing Hitachi trains, of which only seven 6-carriage trains now remain.

Melbourne's original order was for 62 3-car sets. The metropolitan network was then acquired and run wholly by Connex Melbourne until late 2009, with ownership of the Siemens trains transferred in April 2004, but an additional ten trains were ordered by Connex Melbourne in August 2005, with the last of these trains delivered in February 2006. 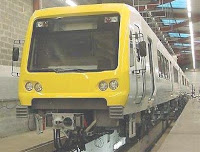 The X'Trapolis 100 is a single deck electric passenger train, one of Alstom's X'Trapolis family of trains, used in Melbourne, Australia and Valparaiso, Chile
Melbourne Transport Enterprises (MTE), which was known as Connex Melbourne (and since replaced by Metro Trains Melbourne), was required to replace Hitachi/'Silver' rollingstock as part of its original contract to operate the 'Hillside' network, one of two operations into which the Melbourne's suburban railway system had been split. Connex Melbourne contracted to Alstom to maintain the trains and infrastructure so that Connex could concentrate on the service, so X'Trapolis trains were ordered. In comparison, National Express, who gained the franchise for the other half of the system, ordered Siemens MOMO rolling stock to operate their Bayside/M>Train franchise.

58 three-car trains were ordered, 56 to replace Hitachi stock, plus two to replace the failed experimental double deck train. The first ten units were completely assembled at Alstom, La Rochelle in France, however, from unit 11 onwards, only body shells were assembled at La Rochelle, with the rest of the train being assembled in Victoria at Alstom's Ballarat facility.

The trains differ from earlier trains on the Melbourne network in the following ways:
Doors open when button pressed
Sliding doors between carriages
1 pantograph per 3-car train

Operators
Pre-1999, the network was operated by the Victorian Government, under a number of names;  MTA reborn as the Public Transport Corporation, trading as "The Met". 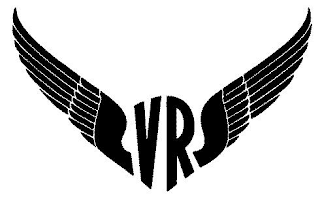 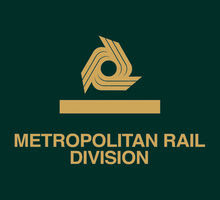 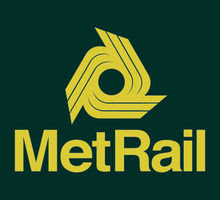 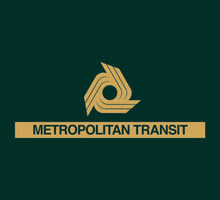 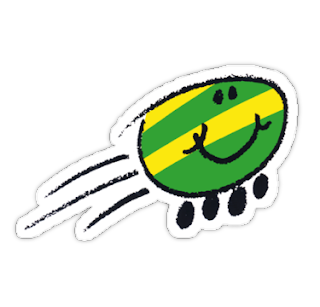 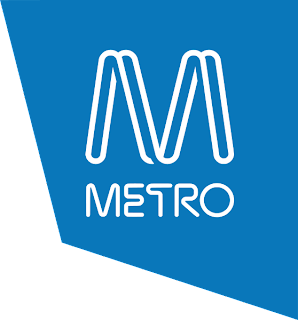 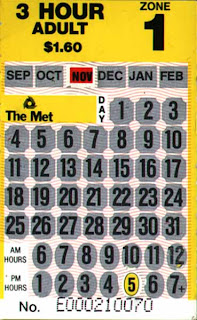 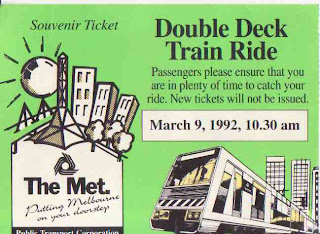 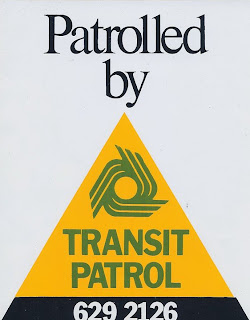 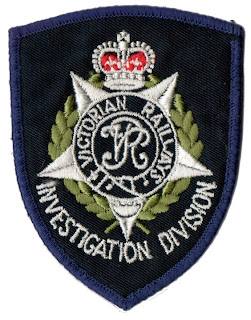 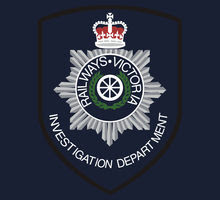 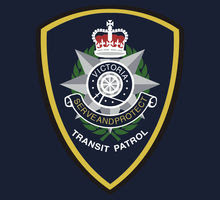 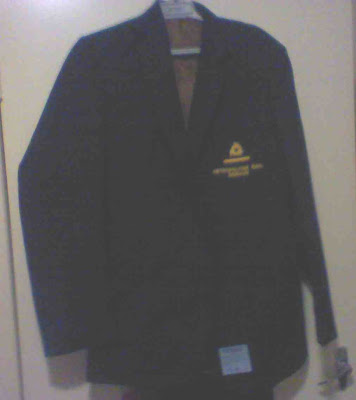 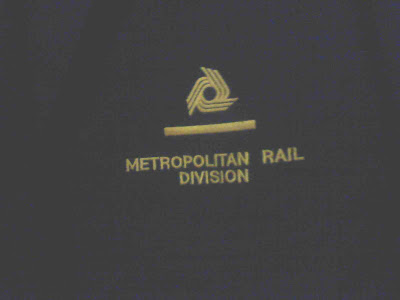 Get the Met commercial

Search any writer or crew

Thanks to all the Oldschool Contributors: